Whatever happened to Tumblr? 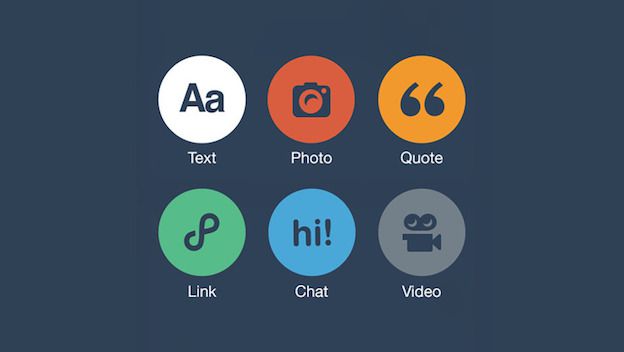 Here at Jam towers, Pokemon Go and Polaroid Swing have both been a welcome distraction as we’ve sweated it out in this week’s hot weather.

But it’s got us thinking about how quickly internet crazes come and go.  Who remembers how obsessed we all became with Draw Something, Words With Friends and Temple Run? Countless hours up and down the country were no doubt once spent sketching amusing pictures on our phones, challenging our mates’ knowledge of two letter words or running though endless jungle landscapes. http://bit.ly/2abCzQ9

Something else we’ve been pondering though is “Whatever happened to Tumblr”?

Back in 2007, the social network and microblogging platform looked all set to be the latest web craze taking our worlds by storm.

The dashboard was incredibly visual, and we loved that fact that its users could post just about anything. Whether that was a video, a full blog post, a cool gif, or just a crazy cat photo. More recently it became famous as the site that launched the dress debate and we discovered whether we were BBs or GWs.

Bought by Yahoo in 2013 for £758 million ($1 billion, the company’s biggest purchase to date), at the time, chief Marissa Mayer famously promised ‘not to screw up’.

However, this week Yahoo announced that it was writing down the value of the company it bought just three years ago by £541 million. This news came after last quarter’s decision to write down £174 million from Tumblr’s value. In total, this means that the beleaguered site’s market value has been cut by two thirds of its original asking price. CNN money reports that these moves now render the site “effectively worthless.”

So what’s gone wrong? It’s been late to market with advances like live video which was only revealed in June, months after Facebook and Twitter launched their services. Plus, its lost valuable audience share to the likes of Snapchat, GIPHY, and Medium.

And Meyer herself admitted that while Tumblr has an ever-expanding inventory, and great ad engagement rates, there’s just not enough demand out there from advertisers willing to pay for the space.

The ultimate irony in all this is that Tumblr is now turning to the Facebook Audience Network advertising service for help and will be using the social networking giant to shift its unsold media.

What will happen remains to be seen, but in the meantime, we’re going to head back to catching Pokemon. If only we could catch that Vaporeon…

At Jam, we love creating digital campaigns for our clients, whatever the platform. To find out how we could support your business, get in touch with our MD, Jaime@jampr.co.uk or call 0161 850 0565.