This week, Estates Gazette and MIPIM UK named Manchester ‘City of the Year’ for its regeneration projects, highlighting its thriving development scene. It’s a fantastic achievement for the city that us Jammers are proud to call home.

To celebrate Manchester’s newly announced title, we’ve listed our top five favourite things about living and working in the city:

1. It was Pancake Day on Tuesday and we were well and truly spoiled for choice when it came to places to dine. We recommend trying the pancakes at Penelope’s Kitchen in MediaCity, or do you fancy pancakes with blueberry and maple syrup toppings at San Carlo Ciccetti? Black Dog even hosted a Man vs. Food style pancake competition and gave away free delicious pancakes. Yep, we can’t get enough of pancakes!

2. Manchester is truly a creative hub that makes it an ideal location for eager PRs. MediaCity is just around the corner, home to the BBC and ITV, and the wealth of art galleries and museums means there’s plenty of creative inspiration. In fact you don’t even have to go that far to appreciate the creativity of Manchester. Just check out this amazing graffiti in the Northern Quarter: 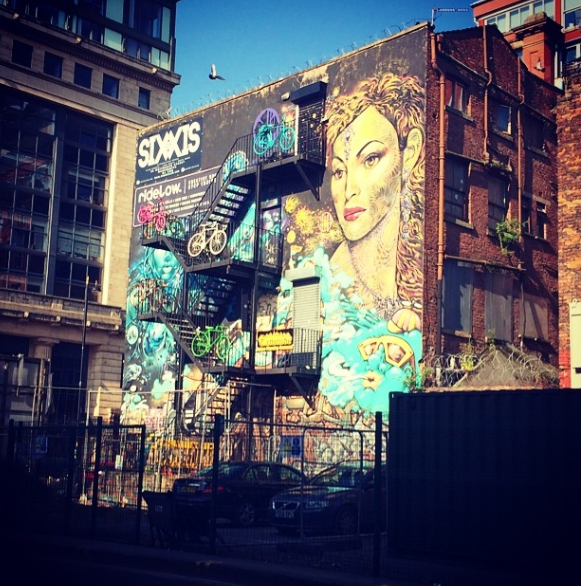 3. Manchester is a major economy and it is more affordable than London, so it’s the perfect location for foreign companies looking to test the UK market. There’s a lot of business potential here, which is set to grow, especially with the development of Manchester Airport. In 2013, Beijing Construction Engineering Group announced it would invest £800 million into the airport, becoming one of the largest single investments in Britain from China.

4. You WILL bump into Howard from Take That while living here. Just ask Jaime!

5. The nightlife has something for everyone. Head to the Gay Village if you’re looking to dance the night away, the Northern Quarter to listen to the latest local band or go to The Printworks if you’re after some good grub and a bottle of wine. Or, if you’re not too fussed about a night out, you might have heard that there’s a new pay-per-minute café, which is worth a visit: http://www.telegraph.co.uk/finance/newsbysector/retailandconsumer/11400846/Pay-per-minute-not-per-drink-at-Manchesters-new-coffee-shop.html

What do you love most about Manchester? Tweet us at @JAM_MCR