“I don't know where I'm going from here, but I promise it won't be boring”

On Monday morning, we woke to the tragic news that David Bowie, pop icon, had passed away following an 18-month battle with cancer. The news was announced on his Facebook page early Monday morning, and confirmed by his son Duncan Jones on Twitter. Social media immediately erupted with messages of mourning and the Internet proved itself as an outlet for grief, as well as the perfect place to celebrate an extraordinary life…

The day began with an influx of Tweets from several of his contemporaries and peers in the music industry, from Madonna to Paul McCartney.

Demonstrating that Bowie’s influence was significant throughout popular culture, and not just in the music industry, the German Foreign Ministry thanked him for his help in unifying East and West Germany. In fact, within the first 12 hours of news that David Bowie had died, 35 million people had 100 million interactions about the rockstar’s passing on Facebook.

In true Bowie style, the outpouring of tributes became more creative as the day went on, particularly video content. Chris Nickol decided to play Life on Mars during his regular lunchtime organ recital, after hearing of the singer’s death on the morning news bulletins. Mobile phone footage of the performance has been viewed more than 1.7 million times on Facebook alone. A video of 6,400 schoolchildren singing Life on Mars in an impromptu tribute to the late singer at Genting Arena has also spread like wild fire across the Internet.

An animated GIF that depicts the Starman’s ever-changing appearance throughout his five-decade career has become one of the most widely shared tributes on social media. It is composed of 29 different drawings and took an impressive 35 hours to complete:

The media also reacted to the news – pictures of Bowie dominated the paper’s front pages on Tuesday. Fans of David Bowie can choose to pay their respects by adding an Aladdin Sane flash, popularised by the singer on one of his most famous album covers, to their Facebook profile using the Manchester Evening News’ generator.

This week is a perfect, albeit sad, example of how the Internet provides a platform for fans to connect with their idols. Poignantly, in an interview with Jeremy Paxman in 2000, Bowie predicted that the Internet would be an uncontrollable force that would transform the relationship musicians have with their fans. Read the full interview here: http://www.factmag.com/2016/01/11/david-bowie-internet-jeremy-paxman-interview/

It’s with a heavy heart that we say goodbye to a British icon. 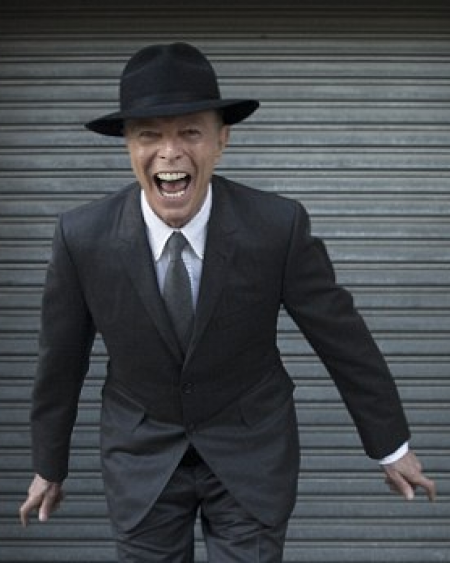 Let us know what David Bowie meant to you, @JAM_Manchester.