The BBC is still one of the pinnacles for a PR when tasked with securing broadcast coverage for a client.

Since moving just around the corner to Salford, figures for BBC Breakfast, aired on weekday mornings between 6:00 and 9:15, have increased to include seven million viewers nationwide on average – a fantastic achievement for the show.

As public relations professionals, we leapt at the chance to attend the Gorkana Briefing with BBC Breakfast and BBC Radio 5 Live this week at Havas PR headquarters.

With a glass of wine in hand and notepads and pens at the ready, we took to our seats to hear from Sean Farrington and Rebecca Wearn (broadcast journalists) about a typical day on the BBC Breakfast team, what stories are currently interesting them and how they like to work with PRs.

PR professionals from around the country were in attendance and the discussion was also opened up to an interactive Q and A with the speakers.

The session was incredibly insightful and engaging. We’ve pulled together a few gems of advice from Rebecca and Sean

“Nothing bugs me more than corporate speech – be natural!”

“We’re driven by personal finance and the economy in general”

“We don’t put people on air to intimidate them. We’re not in the business of making people look stupid on TV”

We will be putting our new knowledge into action over the next few months as we have some exciting campaigns coming up for our clients, which include TV as well as radio, print, online and blogger outreach targets as part of the PR brief.

Thanks for inviting us Gorkana! 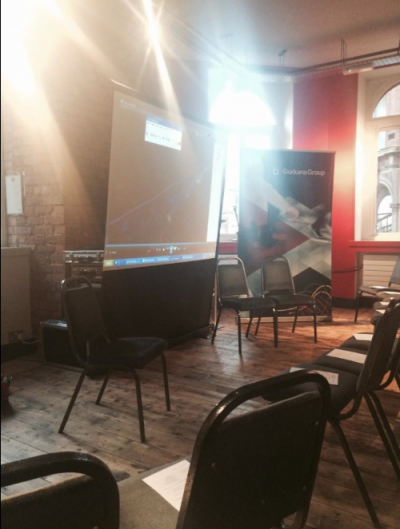