It’s that time of year! All major brands have put their festive thinking caps on, and are dishing out their most creative Christmas campaigns, in the hope of maximising brand awareness and driving consumers into their stores.

Here at JAM towers, we love an engaging Christmas campaign. Christmas adverts are as much a part of the festive season as turkey and presents. Here are five of our favourite campaigns of 2015 so far:

Sainsbury’s Advert – Mog The Cat
Sainsbury’s Marketing and PR team has been forward-thinking this year, by pre-empting the social media response its advert will generate, and formulating a PR strategy around it. The Mog the Cat advert has had an overwhelmingly positive response on social media, with 62% of reactions being positive, 27% neutral and only 11% negative. And research shows that the words most used on Twitter when discussing the advert were ‘festive’, ‘magical’ and ‘charming’.

John Lewis – #ManOnTheMoon
Another very proactive brand that has linked its Christmas ad campaign with its PR strategy is John Lewis. The brand’s PR team has taken advantage of its Christmas notoriety and generated an infographic comparing the success of this year’s Man on the Moon advert to 2014’s, Monty the Penguin. The chart shows the amount of mentions on Twitter for both years, and even uses an Emoji Analysis to visually illustrate the impact of this year’s campaign. We loved this comparison as it highlights the increasingly significant role social media plays in raising brand awareness. 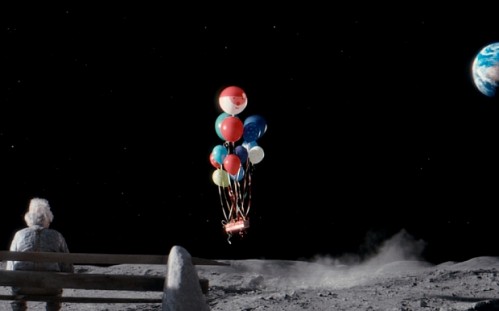 Debenhams – #FoundIt
We love Debenhams’ #FoundIt campaign, which reaches consumers through multiple social media channels, encouraging them to share the moment they found the perfect Christmas gift. Those who share their #FoundIt moment are in with the chance of winning £1,000 to spend in the run up to Christmas. The incentivised campaign drives a high level of engagement with its consumers across all media channels.

Harvey Nichols – Avoid #GiftFace
The #GiftFace campaign highlights the common problem many of us face this time of year –  trying to look pleased with some rather disappointing gifts. The funny and relatable advert has drummed up social media support with use of the hashtag, and has received national coverage with a research story that reveals 72% of us are guilty of the dreaded ‘Gift Face’. This is a good example of a traditional survey PR story at its finest.

Coca Cola – Twitter tour
The return of the Coca Cola truck brings a host of excitement each year, but this year one lucky winner will receive a personal visit from the truck and £5,000 worth of treats. The campaign has had customers engaging and interacting with the tour, by allowing them to reveal the Christmas truck route by interacting on Twitter. Similar to Debenhams, Coca Cola has added a personal touch to its campaign and utilised social media to drive engagement.

JAM’s been working on Christmas campaigns for many of its clients, across all sectors. If you’re looking for creative ways to raise the profile of your brand and you’d like to know what the Jammers could do for you, please contact Jaime@jampr.co.uk.