After 14 years of building and resdesigning websites for a variety of clients, we’ve seen the good, the bad and the ugly. While a good website will require significant investment, it isn’t all about how much you spend. A website is just one part of your digital strategy and without a defined goal and marketing […]

The History of PR: The One Direction Way

hiatus, JAM reflects on the media highs and lows of this ground-breaking band.

Disclaimer: Jaime does not condone the use of the word, “ground-breaking” in this context, or endorse any positive views expressed about the music of One Direction in this blog post. 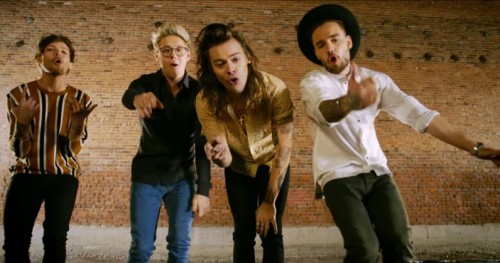 Noel Gallagher once slammed them as c***s who don’t deserve fame, others have hailed them as the 21st century’s answer to The Beatles . Whether you love them or hate them, there’s no denying that One Direction has reaped the rewards of Simon Cowell’s magical, media machine. Following Tuesday’s release of “History”, three minutes and 15 seconds of nostalgic montages (and, for many, nothing short of an emotional rollercoaster), we’ve been dissecting the PR genius that has led to the boys’ indisputable success…

Social media pioneers
Embracing the digital age of music, the band has built its global fan base by placing social media at the centre of everything it does. 1D empowers its fans by addressing them directly on Facebook, Twitter and Instagram, offering them exclusive photos and messages before the journalists find out, creating the idea that the fans come first. The result? An average of 21 million Twitter followers each, the official Twitter account ranking #27 globally, and all (past and present) members of the band featuring in the top 100 most followed accounts.

This was no lucky accident, as revealed by Syco / Sony Entertainment director, Mark Hardy: “The essence of the strategy was not to position One Direction as demi-gods but as ‘my mate’ the girls could have access to 24/7. Behind the scenes we did extensive social media training with the boys so they understood how to respond to a tweet.”

Not without its risks, social media sometimes proved to be a double-edged sword for 1D. On announcing Zayn Malik’s departure from the band in 2015, #Cut4Zayn trended on Twitter, promoting self-harm to convince him to return. There was widespread shock at the dangerous craze, highlighting an unexpectedly sinister side of the digital fan world.

PR’ing the fans
The growing interest in the unusual nature of the 1D fan base meant the band continued to feature in the papers, because of the “Directioners”. The fans commanded headlines when one Tumblr user suggested fans release the band’s single, “No Control” as a “DIY project”. Feeling that the single hadn’t received the attention it deserved, they picked a release date and downloaded the song en masse, in an attempt to get the single in to the UK top 10. It trended worldwide on social media and was covered by national news and broadcast outlets.

1D fan girls even got their own programme on Channel 4, “Crazy About One Direction”, which dissected the next-level obsessive devotion of the band’s fans, focusing on their unique social media habits. The notion that a normal girl could go viral and gain thousands of Twitter followers overnight, by simply getting a retweet from one of the 1D boys is very real evidence of the power they have commanded in the social media sphere.

The Art of Interviewing
Much like fellow media darling, David Beckham, the 1D boys have mastered the art of charming an audience in an interview, without ever actually giving much away at all. They quickly bring the interviewer on-side which results in a beautifully-contrived, yet surprisingly convincing few minutes of cheeky banter and charming tomfoolery (sorry – really struggling to stay objective at this stage). Any touchy subjects (band split rumours / sexual orientation questions / love cheat allegations) are effectively side-stepped and never confirmed or denied. They’re simply not addressed. Genius.

Effective media training means fans buy in to both the brand and the band, but are simultaneously kept at arms-length to ensure nobody is excluded or offended. This fastidiously contrived media image has led fellow showbiz-people like Danny Dyer to accuse the boys of being “bland” and “unremarkable”. Over the noise of rising album sales and millions of crying teenaged fans, we’re not sure the band will have heard him…

If you’d like to know how we can harness the power of social media and positive press to advance your brand, contact Jaime@jampr.co.uk to discuss your objectives. If you’ve been affected by the split of One Direction, contact Niamh@jampr.co.uk to seek comfort and support.

A beginners guide to SEO for food and drink brands