We headed down to the event hosted by The Bierkeller Entertainment Complex in The Printworks, where Eric was busy meeting fans and signing memorabilia. The sporting legend was taking part in a darts tournament in which fans had the opportunity to challenge Eric and play a leg of darts against the man himself, with a free bottle of Holsten Vier up for grabs for the winner.

We got the Manchester Evening News to pop down to see the action taking place – check out their write-up and video of reporter John Sutton taking on Eric at a game of darts here. 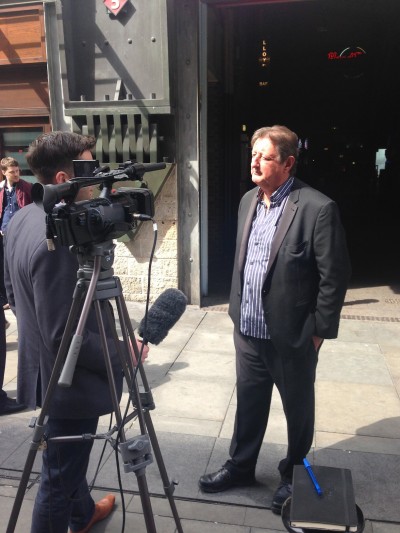