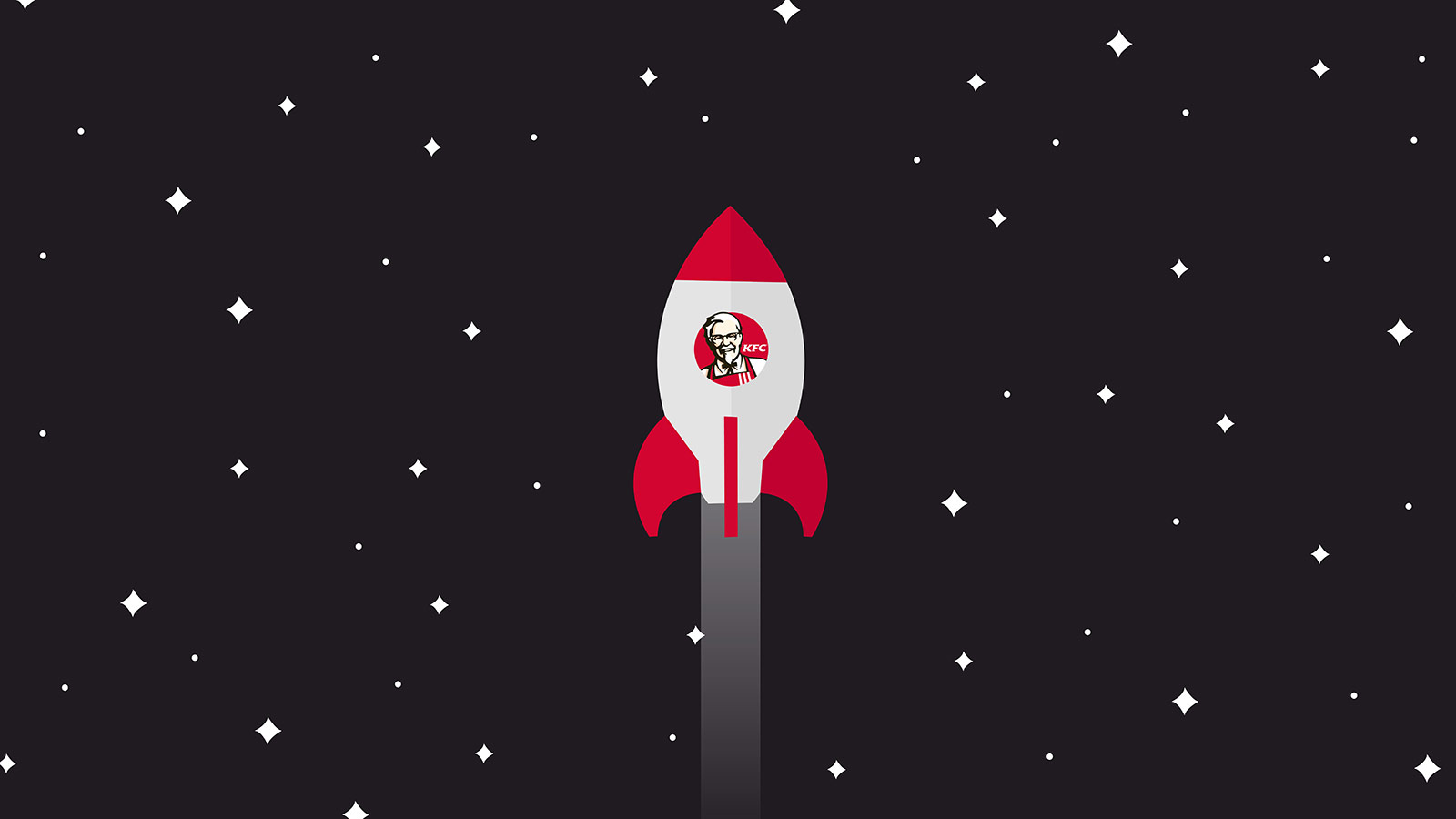 Taking publicity into the stratosphere

This week, KFC launched a chicken zinger sandwich into space for a four-day flight around the stratosphere. Why? We’re guessing that either KFC are opening a restaurant on the moon and sending their stock up piece-by-piece, or it’s an over the top publicity stunt.

This isn’t the first time companies have gone a bit mad in the name of promotion, with the zinger stunt seeming almost normal compared to some.

Pepsi: Blue Rebrand
Nowadays, Pepsi comes in an instantly recognisable electric blue can, but this came after a ridiculously expensive rebrand campaign in 1996, as Pepsi ditched red and blue cans to differentiate from main rival Coca-Coca, making a big show of it along the way.Pepsi reportedly paid red top, The Daily Mirror £2m to go blue for the day and had astronauts on the Mir space station pose with a giant Pepsi can.

The drinks brand even made a deal with Air France to re-spray the famous Concorde jet electric blue, using it to fly journalists from 40 countries to a press conference attended by famous faces, including Cindy Crawford and Claudia Schiffer.
To us, who check the weather on our phone from our beds in the morning instead of walking to the window, travelling across the world to hear that a can is going to be a different colour seems like a lot of effort and money.

Red Bull: Stratos Space-Jump
As most people associate the taste of Red Bull with Jagerbombs, Vodbulls and the worst hangover of their life, as well as 30-hour library trips at university, the brand decided to promote itself by offering a free mini bottle of Jagermeister with every can.
Just kidding. Red Bull got someone to jump from space.
In 2012, Felix Baumgartner pulled in 8m live viewers from around the world, as Red Bull live-streamed him falling 23 miles from the Earth’s stratosphere and becoming the first person to break the sound barrier. While impressive, we still half-expected to see him sprout some wings.
This stunt however, was entirely on message for Red Bull’s association with extreme sports. And we don’t think you could get a more extreme stunt!

Virgin Atlantic: Brutal Blimp
King of banter Richard Branson deserves a mention for his fierce commitment to his many brands, including airline Virgin Atlantic. Rival company BA ran into construction problems when building the London Eye, so Branson took the press launch as an opportunity to embarrass the airline and hijack some promotion in the process.
The billionaire hired a branded blimp to fly over the New Year’s Eve 1999 launch, attended by Prime Minister, Tony Blair and the world’s press, bearing the cheeky message “BA CAN’T GET IT UP!!”. Mr. Branson, take a bow.