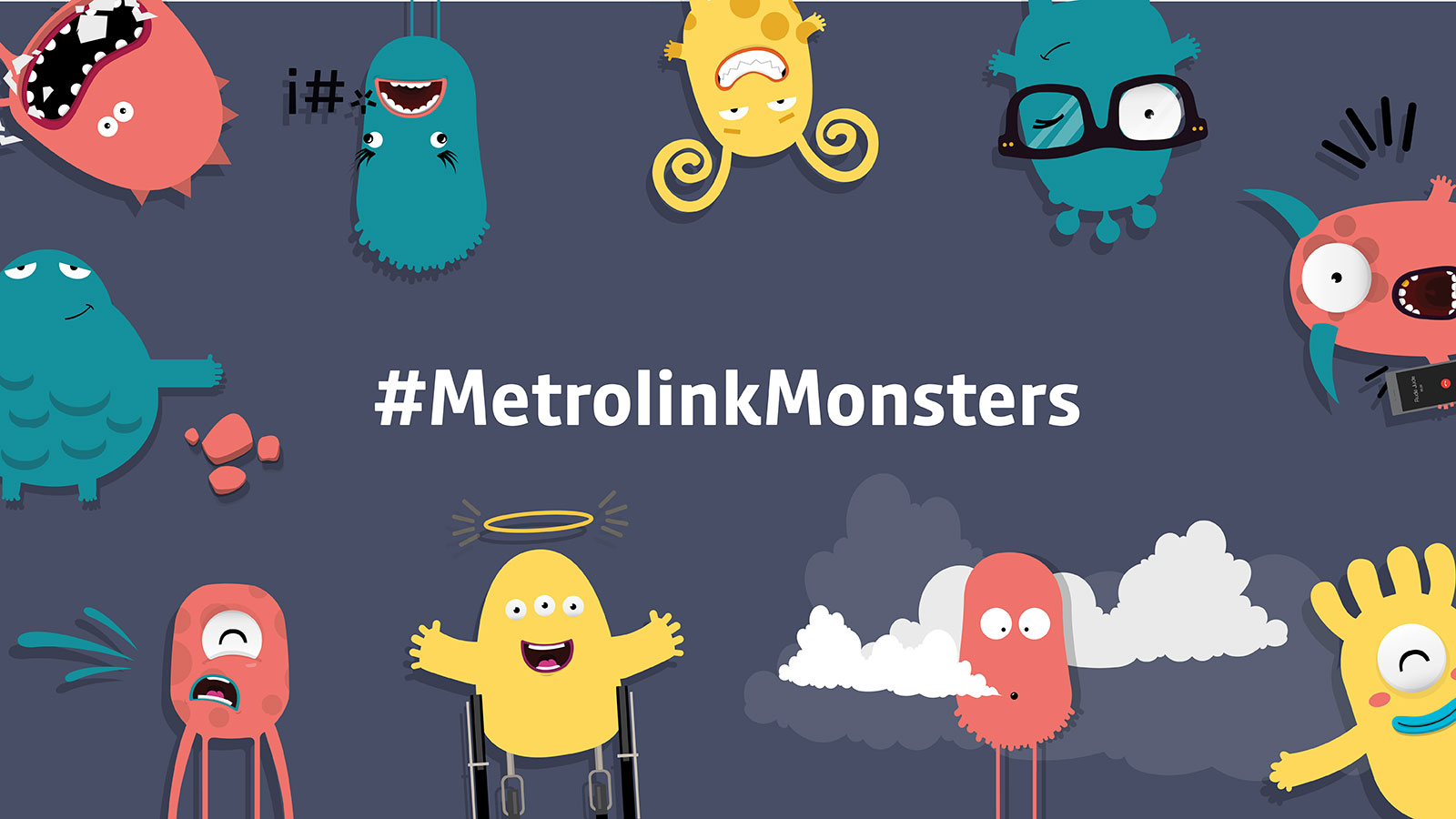 JAM has been appointed by Transport for Greater Manchester (TfGM) to help highlight annoying passenger behaviours commonly believed to irritate customers on Metrolink, in a bid to increase customer satisfaction.

Integrated agency JAM has developed a bespoke PR, social, digital and creative eight week campaign, which centres around the concept of #MetrolinkMonsters, a set of 10 characters depicting the annoying – and positive – behaviours commuters see every day.

The activity comes as Transport for Greater Manchester aims to increase awareness of behaviours deemed socially unacceptable, to prevent incidents of them occurring on the network as they not only cost Metrolink money, but also negatively impact the service they are able to offer.

The campaign – which launched on Monday – is hosted on a microsite which has been designed and built by JAM. The site hosts an animated game bringing the monsters to life, where users can navigate Metrolink to avoid annoying monsters and collect items to score points and secure their place on the leaderboard to win weekly prizes.

The campaign also includes a quiz for Mancunians to find out which monster they are most like, while providing survey results for a campaign news story to reveal Manchester’s most annoying Metrolink habits.

The campaign also features a series of outdoor ads designed by JAM, supplemented by a suite of social media activity, including quirky gifs, an Instagram takeover, a bespoke Snapchat filter, and a bank of social media content that will run throughout the course of the campaign.

Jaime Gee, managing director of JAM, said: “We’re delighted to have been selected by TfGM to help raise awareness of behaviours that make the daily commute less comfortable. This is the second campaign we’ve worked with TfGM on and I’m really proud that the Jammers were once again able to show off their creativity to impress the team at TfGM during pitch stage.

“We hope that the people of Greater Manchester will love the #MetrolinkMonsters and enjoy playing the game.

“It’s a great start to the year and once again, a great example to showcase the integrated offering that JAM can bring to clients, encompassing creative, web design and build, animation, experiential, PR and social media.”

Mike Mellor, Head of Commercial & Marketing at TfGM, added: “JAM impressed us with their creative and vibrant campaign to highlight the need for behavioural change on Metrolink. We love the tongue in cheek way they’re planning to target perceived irritating behaviours and to start a conversation with our customers on how small changes in all our behaviors can create a better experience for all. We’re really excited to see the #MetrolinkMonsters out and about around Greater Manchester and look forward to seeing how commuters react to the campaign.

“We’re committed to improving the customer experience on Metrolink and we have a number of other campaigns planned to target anti-social behaviour and fare evasion. Combine with this campaign targeting unsuitable behaviour, we hope to make Metrolink a more pleasant environment for all users.”
Find out more at https://www.metrolink-monsters.co.uk/, or keep an eye on #MetrolinkMonsters on Facebook, Twitter and Instagram to see how the campaign is playing out on social media.