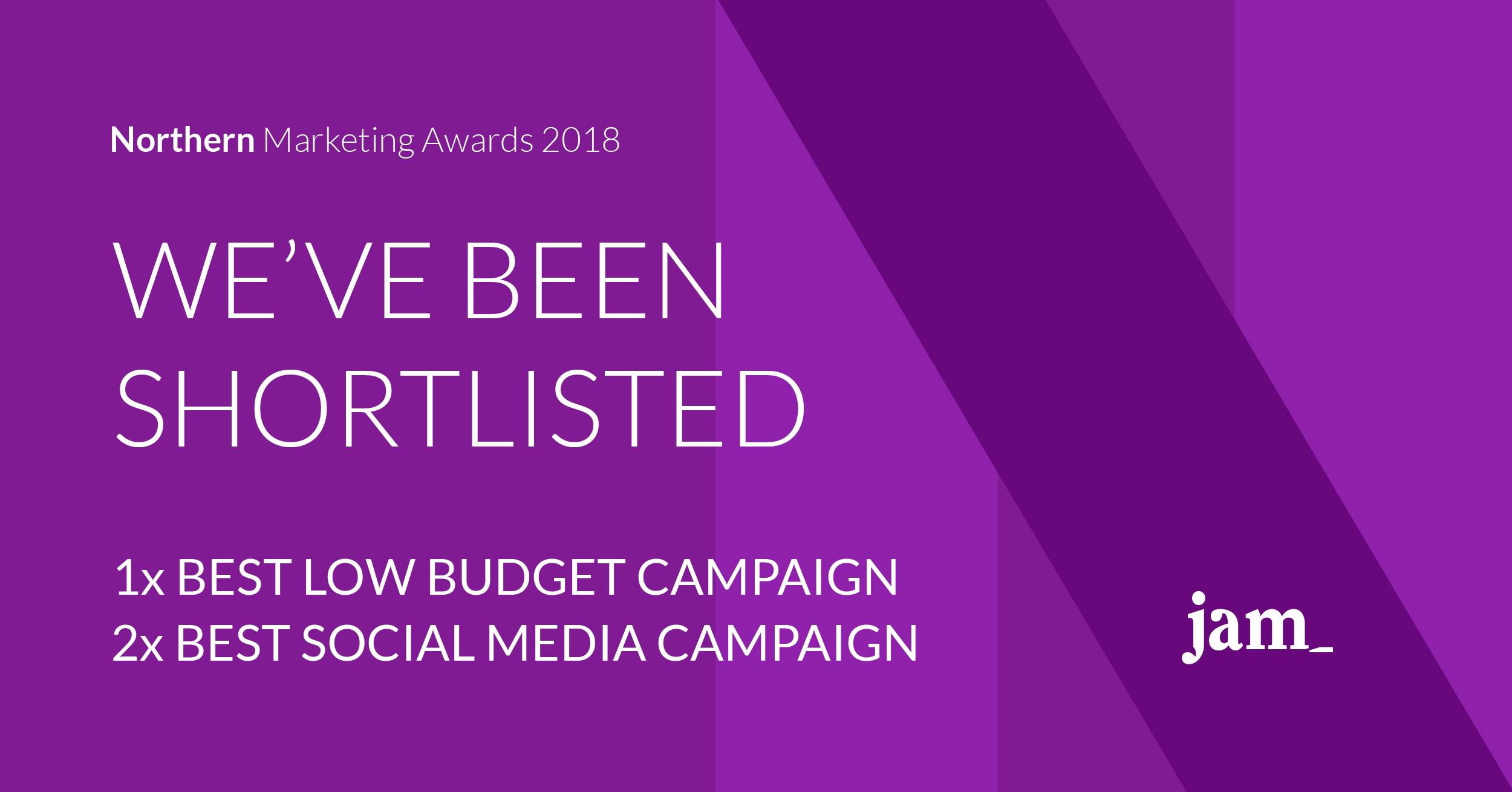 We are up for twelve PR awards this November!

We’re feeling pretty Jammy since we’re up for even more social media and PR awards this November! This time, we have been shortlisted three times in two different categories at the Northern Marketing Awards!

We’ve been recognised (again) for our glittering Christmas campaign with Transport for Greater Manchester. Our social, digital and creative campaign saw us introduce Noel to the world. The Mancunian elf guided the people of Manchester around the city’s finest festive offerings via a very cool interactive map.

In addition to creating the map – and accompanying gifs and illustrations – we harnessed the power of social media marketing to spread the word of Noel. We delivered the campaign to over a million people!

We’re up for another award in this category for our Noel campaign.

We’ve been shortlisted a second time for our campaign designed to combat bad behaviour on the Metrolink. Teaming up with TfGM once again, we invented the Metrolink Monsters.

This mischievous group of monsters included Crumby Chris, Litter-Lout Lenny and Rude Jude. They all represented some of the most annoying habits of public transport passengers. In an attempt to highlight inconsiderate behaviour, we compared these lot with good-hearted Patient Penny, a perfectly-behaved passenger.

Our campaign appeared at stops, on adverts inside the trams and on our MetroLink Monsters website, where users could play a fun game or take a quiz to find out which type of monster they were.

As well as us being up for nine awards at the CIPR Pride Awards 2018, we’re up for a total of TWELVE social media and PR awards in November! Whew, it’s going to be a busy month.

Fingers crossed we can celebrate a win!

If you’re looking for a passionate and multi-faceted agency who can deliver an award-worthy campaign for you, look no further than Jam! Contact jaime@jampr.co.uk or call the office 0161 850 0565.