If a picture is worth a thousand words, how much is video worth?

Online video content serves as one of the best ways to display content as it gives both information and entertainment value in an easy-to-digest format – in an age of information overload, this is increasingly desirable.

Here are the key facts to convince any marketer or PR professional to integrate video into a campaign strategy (credit: http://www.impactbnd.com/blog/video-content-the-importance-of-video-marketing):

• Embedded videos on websites can increase traffic up to 55%.
• Merely mentioning the word “video” in the subject line of an email can increase open rates by 13%.
• Nearly 40% of all video is watched on mobile.
• The top 100 leading advertisers run daily video campaigns on YouTube.
• By 2017, video will account for 69% of all consumer Internet traffic.

A fantastic example of maximising the power of video comes from our client, The Printworks

On Tuesday 19th January, Kevin Hart and Ice Cube treated fans to a surprise guest appearance at the Northern premier of their latest box office comedy, Ride Along 2 in ODEON IMAX at The Printworks… yes, really!

The unexpected arrival of the celebrity pair was met with excitement and shock by 200 fans in the exclusive screening, where they thought they were simply getting a sneak preview of the film.

Recognising the potential for, quite frankly, BRILLIANT video content, the surprise appearance was filmed on a regular iPhone and streamed live via Periscope. It was then seeded out on The Printwork’s social media channels.

As I write this, the video has 347k views. Fans on The Printworks’ Facebook page increased by 909 and the Facebook post received 8k likes, 6.75k shares and 3k comments. On Twitter, The Printworks acquired 81 new followers, 195 retweets and 46.8k organic impressions. You might have noticed that Ice Cube was trending on Twitter on Tuesday, as well as #RideAlong2MCR (a dedicated hashtag created by The Printworks), and it was all down to the power of video.

We didn’t miss out on an opportunity to capitalise on the event and secure quality media coverage either. Doing what we do best, team JAM had a press release ready and raring to go! It was sent out far and wide immediately after the surprise appearance, along with the footage and images, securing 13 pieces of coverage overnight. Niamh, our Senior Account Executive, is pretty pleased with the results… 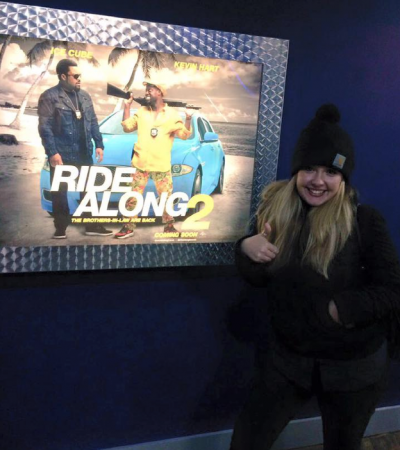 If a picture is worth a thousand words, then a minute of video is worth a whole lot more! If you would like JAM to help you with a social media and digital strategy, contact Jaime@jampr.co.uk to discuss your objectives. Great ideas and a well-executed video can gather momentum and gain traction for your brand in the blink of an eye.