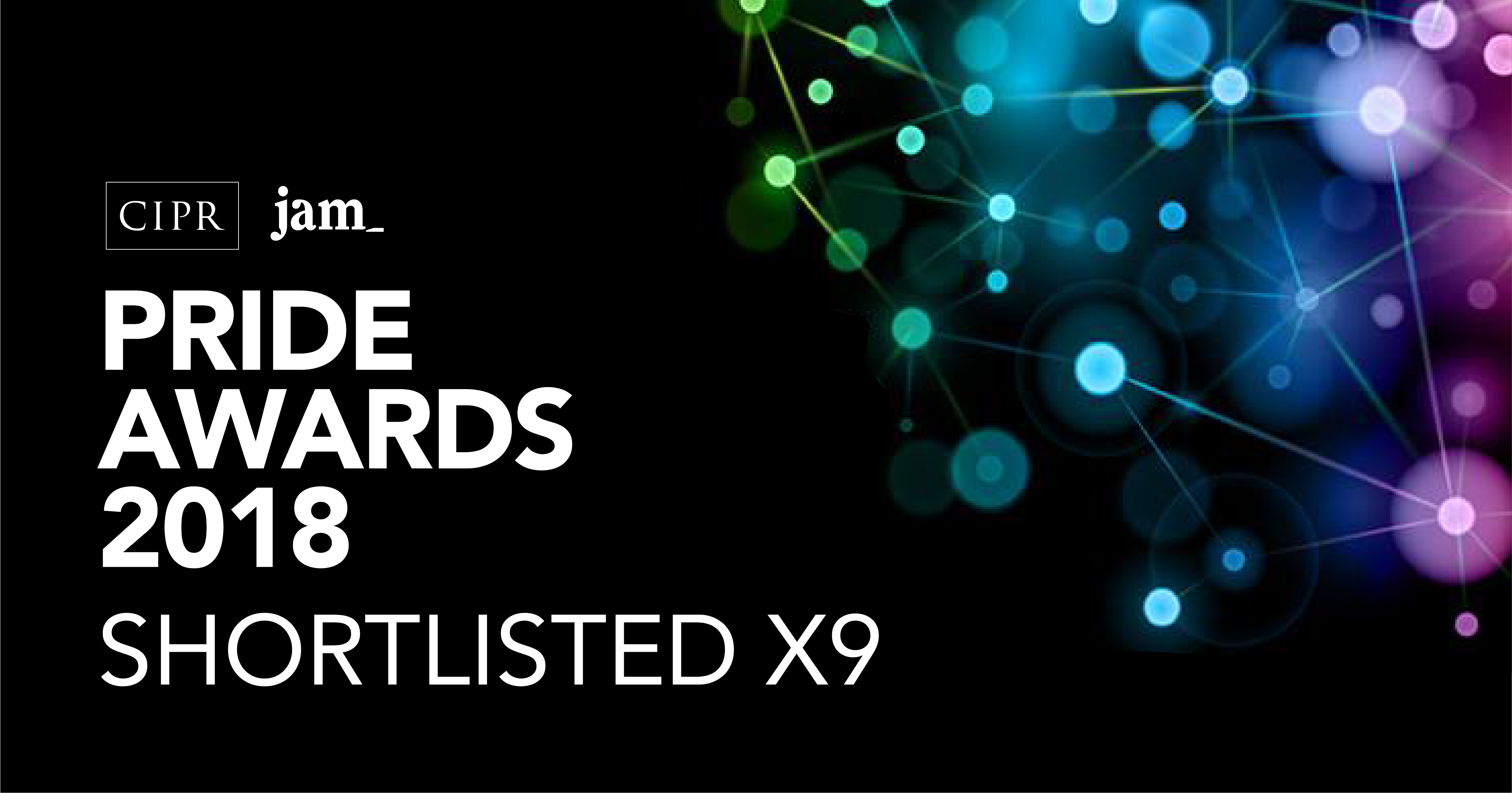 Jam shortlisted for a stack of industry awards

Things are going swimmingly here at Jam, as we have been nominated for a total of NINE industry awards at the CIPR Pride Awards 2018. Exciting times!

Here’s a look at what we’re up for:

We’ve received two nominations in this category. The first is for our festive work with Transport for Greater Manchester. We brought to life a Mancunian elf named Noel – complete with a bucket hat and parka – the star of our sparkling Christmas campaign.

Our bespoke social, digital and creative campaign centred around an interactive map. This allowed users to follow Noel on a choice of six themed routes around Manchester. Complete with our own gifs and illustrations, the map showcased all of Manchester’s amazing Christmas offerings whilst also highlighting TfGM’s Metrolink and Metroshuttle transport options.

Excellent social media content, a bespoke Snapchat filter, and of course, Noel the elf, allowed us to deliver the campaign to more than one million people over the space of seven weeks.

Along with Noel the Elf, we have been recognised for our collaborative efforts with TfGM in delivering a campaign to try and deter bad behaviour on the Metrolink.

We created the Metrolink Monsters, a group of colourful characters designed to encourage good behaviour. Rude Jude, Litter-lout Lenny and Crumby Chris all personified annoying habits that passengers might unwittingly have. They were all outclassed by Patient Penny, a shining example of a well-behaved passenger.

The integrated campaign – which featured a Buzzfeed-style quiz and an animated game – was a huge success. The mischievous monsters appeared at stops, on adverts inside the trams and across social media.

Best Use of Social Media

Pop the champagne, as we’ve been shortlisted for three awards in this category!

Alongside our superb TfGM campaigns, our work with First Target Recoveries has achieved recognition. We got our creative hats on to deliver a smart, successful campaign in a crowded market which saw us generate over 800 leads for FTR and significantly raise brand awareness.

Best Use of Digital

Our TfGM Metrolink Monsters campaign and our work generating leads for FTR has also been recognised in the digital category!

At Jam, we consistently provide innovative and creative work for our ever-expanding client portfolio. We’re thrilled to have gained recognition for so many campaigns from the CIPR.

We’re looking forward to the ceremony in November. Fingers crossed!

If you’re looking for a multi-talented agency capable of delivering award-worthy campaigns, get in touch! Contact jaime@jampr.co.uk or call the office on 0161 850 0565.