Which social media metrics should you be focusing on to measure growth?

With 45% of the world’s population active online for an average of three hours a day, social media is one of the most effective ways brands can communicate with their audience base. As with any strategy, your social media strategy must evolve constantly based on analysis of previous performance in order to succeed. Upon building […] 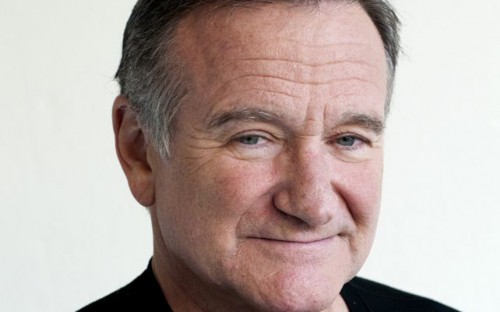 2014 has been a whirlwind! Scotland decided against the divorce, Britain bagged a few medals in Sochi, the world froze at the very real threat of a lethal virus, people got away with murder, and Kim Kardashian’s ass dominated, but didn’t quite break the Internet.

As a very eventful year draws to a close, we present JAM’s most memorable moments of 2014, happy, sad and indifferent:

The men’s Curling team maneuvered their way to silver, whilst the women’s Curling team swept in with bronze. Snowboarder Jenny Jones slope-styled her way to bronze, becoming the first Briton to win a medal at a Winter Games on snow rather than ice.

Ebola (March – ongoing)
The deadliest episode of Ebola, since its discovery in 1976, struck West Africa in March this year. Spreading into other areas of the world, the virus claimed the lives of nearly 7,000 people and to date has infected over 18,000.

Fated Malaysia Airlines (8th March & 17th July 2014)
It has been a devastating year for Malaysia Airlines, with two flights failing to reach their destinations, and heartbreakingly, 522 people losing their lives. On the 8th March 2014, Flight MH370 mysteriously disappeared en route from Kuala Lumpur to Beijing with 239 people on board. Despite an intensive search mission, no trace of the plane has been found.

On 17th July 2014, Flight MH17 travelling from Amsterdam to Kuala Lumpur crashed in eastern Ukraine, close to the border with Russia, taking the lives of all 298 passengers.  According to the BBC, Western nations said there was growing evidence that the plane was hit by a Russian-supplied missile, fired by rebels. Russia blamed Ukrainian government forces.

Kimye Tie The Knot (24th May 2014)
Just a reminder in case you forgot, or missed any of the squillion pictures or Tweets about it. Internet still 100% ok, though.

The 2014 FIFA World Cup, Brazil (12th June – 13th July 2014)
Group D for Disgrace. Not one game won by England, putting us on the bench in the first group stages. A consistently solid performance from Germany saw them lifting the coveted trophy. It wasn’t all bad though, as we did get to chant along to the charity football anthem created by The Printworks, ‘Our Telly’s Bigger Than Your Telly!’, which received over 18,000 YouTube views.

#IceBucketChallenge (Summer 2014)
The #IceBucketChallenge swept across social media this summer, prompting the brave to drench themselves in icy water in the name of charity, before nominating a friend to follow suit. The campaign raised more than £48 million for UK charity the Motor Neurone Disease Association and its American counterpart, the ALS Association.

We Jammers braced ourselves and took the icy plunge for the MND Association, resulting in a hilarious video. Brrr!

Naked Celebrity Images Leaked (August 2014)
Intimate images of Jennifer Lawrence and a wealth of other famous faces (and, erm, bodies) were leaked online, having been retrieved due to an iCloud leak.  There was outrage among A-listers and mere mortals alike.

The Centenary of the First World War (5th August – 11th November 2014)
Blood Swept Lands and Seas of Red, an installation of 888,246 ceramic poppies, created by artists Paul Cummins and Tom Piper, flooded the moat of the Tower of London marking the centenary of the outbreak of the First World War.  Poor Paul lost a finger while working on the commemorative installation.

Famous Faces We’ll Miss
Too many wonderful people left us this year, but the one that shocked and saddened us the most was the legend that was Robin Williams.

Royal Baby Number Two (8th September 2014)
We were delighted when Kate and Wills (yes, we pretend we know them personally) announced they were expecting their second child. Prince George is such a cutie pie, so we can but imagine how gorgeous his little brother or sister will be. Congrats!

Oscar Pistorius (12th September 2014)
On 12 September 2014, the Paralympic champion was found not guilty of the murder of his girlfriend, Reeva Steenkamp but guilty of manslaughter. He was sentenced to five years in jail.

Scottish Referendum (18th September 2014)
“They may take our votes, but they’ll never take our parliament!”. Well, no, but we aren’t getting divorced just yet. The Scots spoke and Scotland remains part of the UK and we’re very happy about it too.

Chasing Rosetta (12th November 2014)
We watched in anticipation as the unmanned space probe, Rosetta, orbited around comet 67P/Churyumov–Gerasimenko, in an attempt at the first-ever landing on a comet’s surface. After 10 years of travelling through space, Rosetta successfully touched down, only to land in partial darkness in a crater causing the battery power to fade. Typical!

#Selfie (December 2014)
The word selfie was the most Tweeted term of 2014, according to Twitter, mentioned over 92 million times.

From all at JAM, we wish you all a very merry Christmas and a successful 2015.

As Christmas draws nearer and everyone gets into the festive spirit, there’s another end-of-year tradition that’s hard to avoid… the annual review. Right on cue, YouTube has released its list of the top trending videos of 2014.

We’ve been reviewing our favourite top ten viral videos, including ‘Goku versus Superman’, which is a rap battle that is both hilarious and genuinely skilful; ‘First Kiss’, an awkward but oddly joyous film in which strangers snog each other – to be honest, it felt like a weird thing to be watching in the office; and the Nike World Cup advert, which shows a kick-about being interrupted by a host of famous (and Nike-sponsored) football stars.

Best of all, though, is ‘Devil Baby Attack’. It shows real New Yorkers approaching an innocuous-looking pram, only to be sent shrieking by the animatronic horror-baby within, complete with black eyeballs, jerky swivel-head, and Exorcist-inspired projectile vomiting. The video, which had 20 million views within two months, was a PR stunt by Thinkmodo to promote Devil’s Due. The film flopped, but the stunt was an instant classic.

Together, the videos account for hundreds of millions of views from more than 21 million subscribers. The top ten is based on the number of views, shares, comments, likes and more.

YouTube receives over a billion unique hits a month, and takes on 100+ hours of new footage every minute. The number of daily subscribers is reported to be up three times on last year too. It’s an invaluable tool for any brand seeking to promote their product.

Stay tuned to read JAM’s review of 2014 next week, and here’s to another year of crazy viral videos!

Here at JAM we love nothing more than a big PR stunt!

Apart from making our day-to-day jobs even more fun, they provide brands with a fantastically impactful moment that can leave consumers talking, and for all the right reasons.

In the spirit of reviewing the year we’ve taken a moment to look back at the year and countdown our top five favourite PR stunts of 2014:

A brilliantly thought out photo story can be a fantastic way to grab column inches.

When the Royal Mint launched the shiny new £5 coin in July, they rather cleverly incorporated Tower Bridge, Buckingham Palace and other London landmarks (that all feature on the coins) within a collection of stunning photographs, all of which were featured in the likes of The Guardian, Independent and The Times. 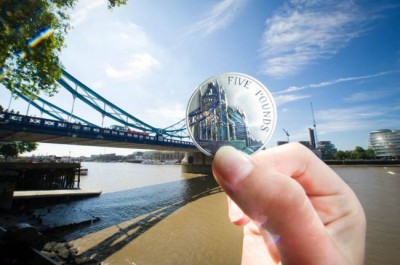 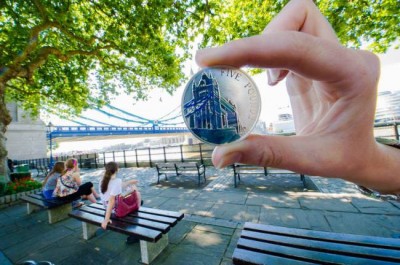 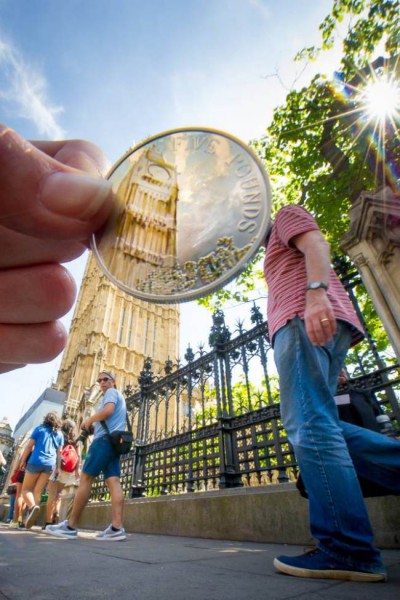 To celebrate gay pride in the US, fast-food giant, Burger King served its customers with a powerful message; ‘The Proud Whopper’.

Selling normal Whoppers to its customers, each burger was wrapped in rainbow packaging with a message inside reading “we’re all the same inside” – without telling them what made the ‘Proud Whopper’ different.

Filming customer reactions, the video has received over 5,000,000 views on YouTube.

Now we’d be lying if we said that we weren’t totally sold because this stunt involved doughnuts, but it does demonstrate the very tried-and-tested method of taking a client’s product and making it BIGGER! 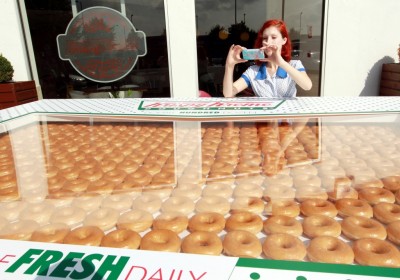 We absolutely love this!

3D Projection Mapping (basically projecting moving images or film onto buildings) has now become big (and expensive) business, namely due to its large spectacle and crowd drawing benefits. This fantastic stunt from Disney, to launch the Disney Infinity 2.0 game, involved all your favourite Marvel characters popping up over London.

Our number one campaign also happens to have topped the list of PR Week’s Power Book 2015.

Coca-Cola’s ‘Share a Coke’ campaign has had consumers up and down the country searching shelves for their namesake bottle, not only helping to drive brand awareness, when sugary drinks are in the firing line from health watchdogs, but also driving consumer footfall in stores.

Even Client Services Director, Maurice, has his own bottle! 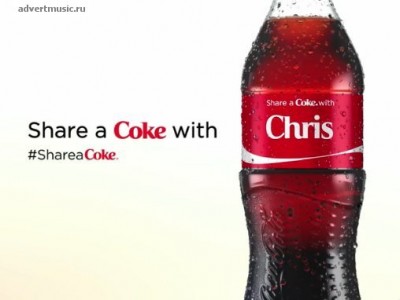